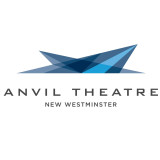 Six days of FREE performances and events between January and March

Performances: Saturdays at 7:30pm on

Outside/In is a free celebration of arts and culture taking place over six days featuring six regions of Canada.

“OUTSIDE” is an outdoor street festival from 2-5 on performance days in Hyack Square, featuring local artisans, musicians and more!

Everyone is invited to come in to experience exceptional live performing arts or go outside to connect with community and friends you haven’t met yet.

The series is made possible from a grant from the Department of Canada Heritage (Celebration and Commemoration Program).

A double bill with

New Dance Horizons (NDH) is a Regina-based dance company and presenter, nationally recognized as a champion of creative dance. They will present RE-Tangled, with dancers Anastasia Evsigneeva and Anna Protsiou, and Flowers, ode to the beginnings and ending of life.

The second half of this Prairie double-bill gives the audience the opportunity to hear the evocative sound of this ancient Persian instrument, the santur, performed in a contemporary style that traverses time. Farhad Khosravi’s santur weaves naturally with the earthy sounds of Daniel Stadnicki’s percussion, creating a seamless musical journey.

Taking their name from the word for heart in the Afro-Cuban religion of Santeria, the women-led ensemble, OKAN, fuses Afro-Cuban roots with jazz, folk and global rhythms in songs about immigration, courage, and love.

Sinha Danse is a professional contemporary dance company based in Montreal and founded by Roger Sinha over 25 years ago. Creating, producing, and presenting contemporary dance are the center of the company’s mandates, choreographing with a level of excellence inspired by the Indian cultural heritage of its founder.