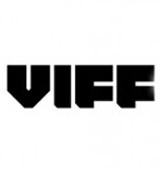 The Black History Month programme also includes two potent political dramatic features, The Sleeping Negro from newcomer Skinner Myers and Lingui, The Sacred Bonds by veteran Chadian filmmaker Mahamat-Saleh Haroun, accompanied by two documentaries Music. Money. Madness Jimi Hendrix Experience: Live in Maui and Poly Styrene: I Am a Cliché, which showcase the perennial impact of Black artists on popular culture.In addition to film programming, VIFF is presenting an online talk with the key creatives behind the CBC and BET+ original series, The Porter. Set in the roar of the 1920s, the series depicts the Black community in St. Antoine, Montreal - known at the time, as the Harlem of the North. The Porter tells a gripping story of empowerment and idealism that highlights the moment when railway workers from both Canada and the United States joined together to give birth to the world’s first Black union, in an era that boasts anything is possible. The Spotlight on The Porter talk will be live-streamed on VIFF Connect on February 28, presented in partnership with the Directors Guild of Canada and the Pacific Screenwriting Program.Continuing the recognition and celebration of Black history and achievements beyond the month of February, VIFF is proud to once again be working with award-winning independent curator, Nya Lewis on the series LANDMARKS: BLACK ATLANTIC INDEPENDENT FILM 1961-1969. The series will launch in February with monthly screenings into May.The eclectic and exciting series unearths films and filmmakers often overlooked by those responsible for constructing the canon, including the film adaptation of playwright Lorraine Hansberry’s acclaimed 1959 play A Raisin in the Sun, photographer/filmmaker Gordon Parks’ semi-autobiographical The Learning Tree, actor/poet Ruby Dee and writer Julian Mayfield’s collaboration Uptight, and even cabaret artist/hustler Jason Holliday, the subject of Shirley Clarke’s cinema-verite Portrait of Jason.“This series frames a community of producers, actors, directors and screenwriters, whose work created an unofficial counter-archive, and self-prophesied a definitive vernacular of Black film and American life. Precursors to the “Blaxploitation” era, this restorative anthology of “invisible classic” Black Atlantic films endeavours to make visible an often diminished or erased era in Black image-making, revealing a unique moment in history - an emerging vision of cinema that underlines the revolutionary possibilities of Black representation in Hollywood,” says series curator, Nya Lewis.Doubling as a tribute to the late Sidney Poitier, one of the most inspiring and influential screen actors of the past century, who passed away last month, A Raisin in the Sun will screen twice at the VIFF Centre on February 6 and 9. Screening times for the rest of the series will be announced over the coming weeks.