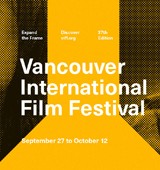 On September 27, the Vancouver International Film Festival (VIFF) will kick off its 16-day run with Kim Nguyen’s story of high-frequency stock trading, The Hummingbird Project. The film stars Jesse Eisenberg and Alexander Skarsgård as cousins intent on creating a 1,000-mile-long fibre-optic cable that will shave a critical millisecond off of stock transactions. Apart from myriad other challenges, the cousins must contend with the wrath of their outraged former boss, played by Salma Hayek.

For this year’s BC Spotlight Gala on October 6, VIFF is screening the world premiere of Robin Hays’ Anthem of a Teenage Prophet, starring Cameron Monaghan (of the television hit Shameless) as Luke, who has lost his best friend and had even predicted the tragedy. Adapted from Joanne Proulx’s award-winning novel, the film follows Luke as he falls for his best friend’s girl, played by Peyton List, and spirals into more macabre premonitions.

Closing the festival on October 12, is Jason Reitman’s The Front Runner, starring Hugh Jackman as Gary Hart, the odds-on favourite for the 1988 Democratic presidential nomination. In the space of three weeks, Hart’s campaign implodes thanks to monkey business and muckraking. In detailing the damage control that unfolds during such crises, The Front Runner also makes clear that privacy died long before the rise of the internet.

For the complete schedule check out viff.org