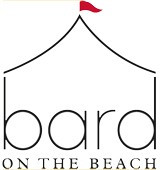 BARD ON THE BEACH

Get ready to experience the magic of Bard as they return to Vanier Park for their 33rd Season, from June 8 to September 24, featuring three unique plays and a range of special events including Opera & Arias concerts, Bard-B-Q & Fireworks (dinner & play evenings), a Vancouver Symphony Orchestra performance, and more.

Shakespeare’s comic masterpiece follows four young lovers and a troupe of stumbling actors through enchanted woods, on a journey of discovery to find out who they are, whom they love, and why it matters. Beginning in a world in disrepair, the story moves to the forest, where the natural and supernatural have merged and elves, goblins, and talking trees guide the way. It’s time again to enter a place of love, laughter and magic!

This Governor-General’s Award-winning drama explores the complicated relationship of a Black couple in three key periods in the American Black experience: 1860, before the US Emancipation Proclamation; 1928, during New York’s Harlem Renaissance; and in post-civil rights 1997. Each setting reframes the story of the woman, her deep love for her partner, and her sacrifices – and resilience – in the face of his betrayal. With connections to Othello, Harlem Duet explores important contemporary questions about race, privilege and relationships.

Shakespeare spins a tragic and timeless story of two young people who fall deeply in love, in spite of a bitter feud that divides their families. Their passion – and Juliet’s courage – never fail to move and inspire us. And today more than ever, the play’s “two households alike in dignity” are a powerful reminder that with love, even the world’s greatest wounds can be healed. This production, in a classical setting, casts new light on Juliet’s experience.

Onstage from August 3 to September 24.